Although AOMEI has not released the final version, we tried and tested the current version, it satisfied us, we think its functions are strong. Here, we would like to introduce and recommend it to you.

Download backup software from AOMEI official website, install and run. It’s home window list three backup entrances: system backup, disk backup, and partition backup. Another page on the home interface is guide and brief. You can click the transverse line on the bottom to switch to this page. 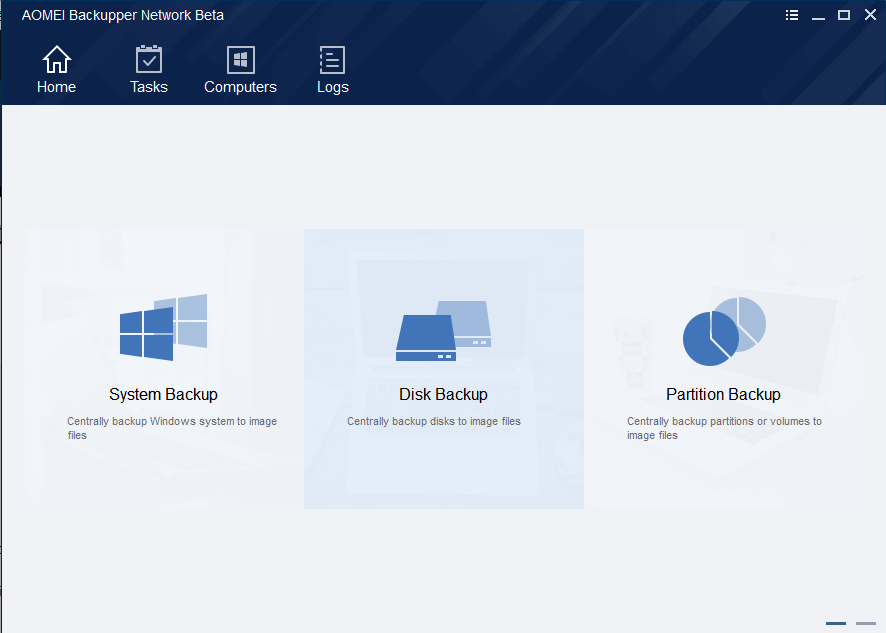 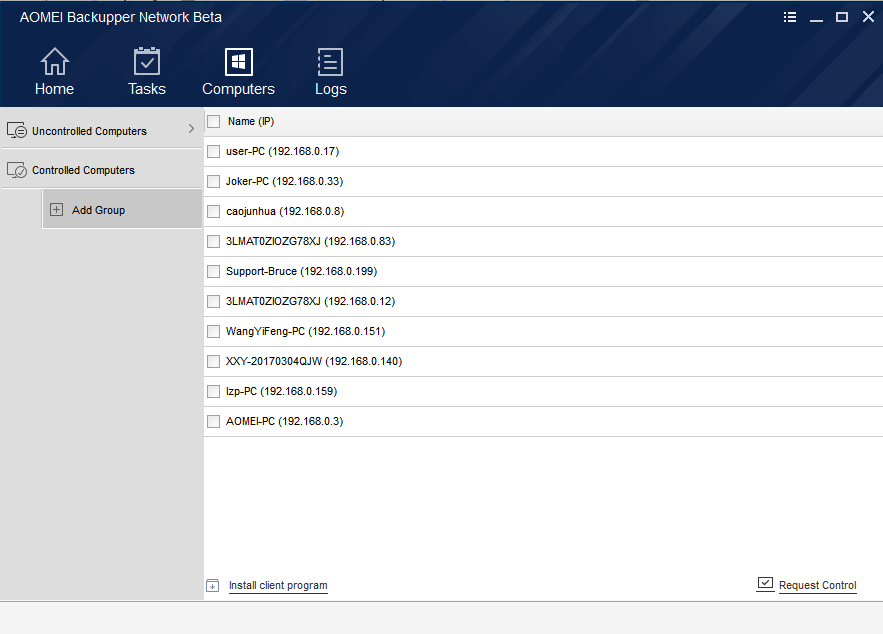 Check: One Key Recovery from AOMEI

AOMEI Backupper Network could work on not only real machines but also virtual machines within LAN. It can create a single backup mission to the backup system, disks, partitions of selected computers and to a share or NAS and any open files or running, applications can get back up without problems or interruption. It has flexible backup rules, complete backup settings(add comments, encrypt backup images with passwords, choose backup compression level, split backup images and so on), supports email notification, schedule backup and other features in common AOMEI Backupper. 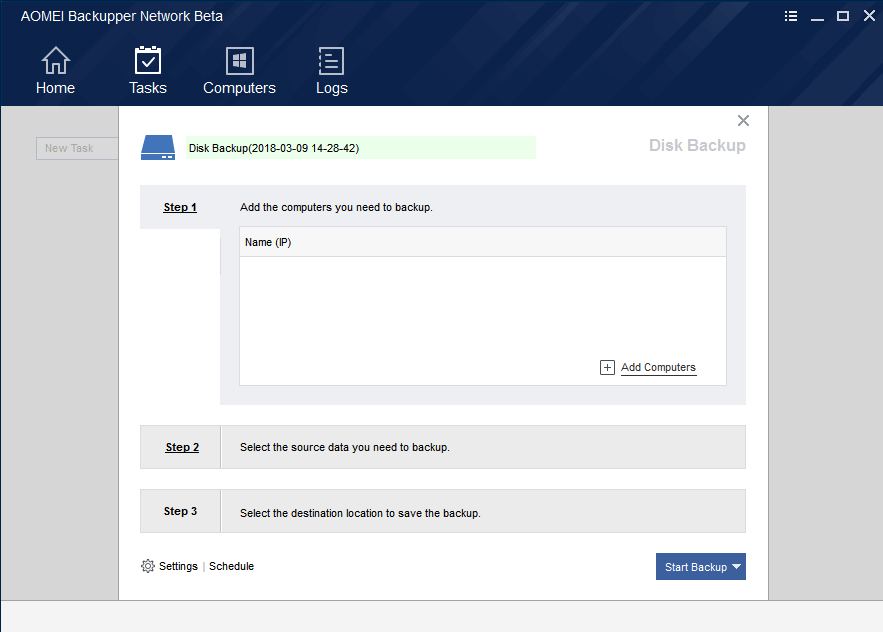 Here, I think you have known how to use AOMEI Backupper Network roughly. Many companies need this management solution may download and try by themselves. Why choose such tool? AOMEI Backupper Network is designed to cut down backup administration costs and save lots of time, it lets you use one computer as a central server to start, schedule, stop and monitor remote backup jobs for all clients in the network. Technology makes our life easier. Now we are looking forward to its final version coming to the world.