What is Mitral Stenosis?

There are four valves in heart. One of them is Mitral valve which is situated between Left atrium and left ventricle. If the Valve becomes stenosed (narrow), then it is called mitral stenosis.

Most Common Cause is Chronic Rheumatic Heart Disease, in 50% cases history of Rheumatic Fever or Rheumatic chorea.

Other causes of mitral stenosis are very rare – Congenital, Calcification, Carcinoid Syndome (You can easily remember this by 3C)

If you want to know the details about Mitral Stenosis which is a vulvular disease of heart, you can see here. 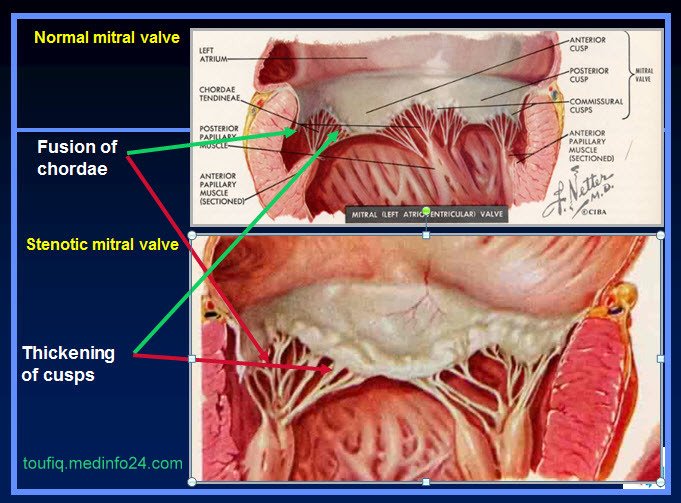 1)      Upper lobe veins are dilated (Early Feature) – upper lobe diversion (normally, ratio between upper and lower lobe vein is 1:3, which is altered to 1:1) 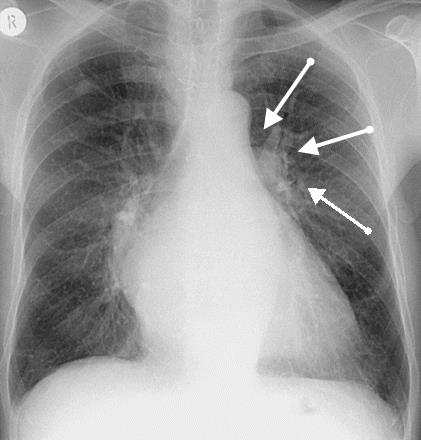 2)      Straightening of left border of heart, fullness of pulmonary conus and filling of pulmonary bay (due to enlarged left atrium) 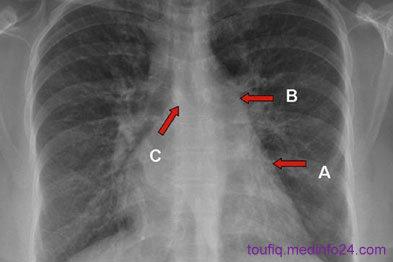 Fig: A and B indicates Straightening of left border of heart

What is Kerley B lines?

Kerley B lines are short parallel lines at the lung periphery. These lines represent distended interlobular septa, which are usually less than 1 cm in length and parallel to one another at right angles to the pleura. They are located peripherally in contact with the pleura, but are generally absent along fissural surfaces. They may be seen in any zone but are most frequently observed at the lung bases at the costophrenic angles on the PA radiograph, and in the substernal region on lateral radiographs. 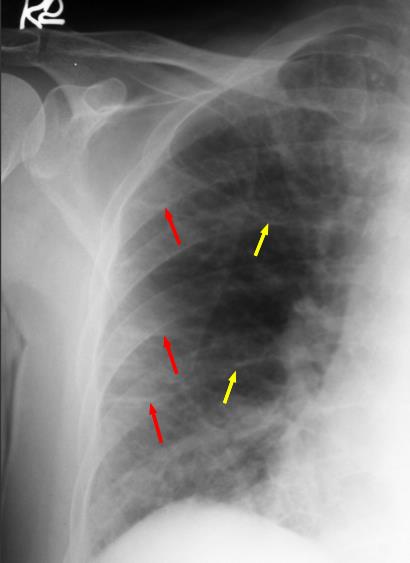 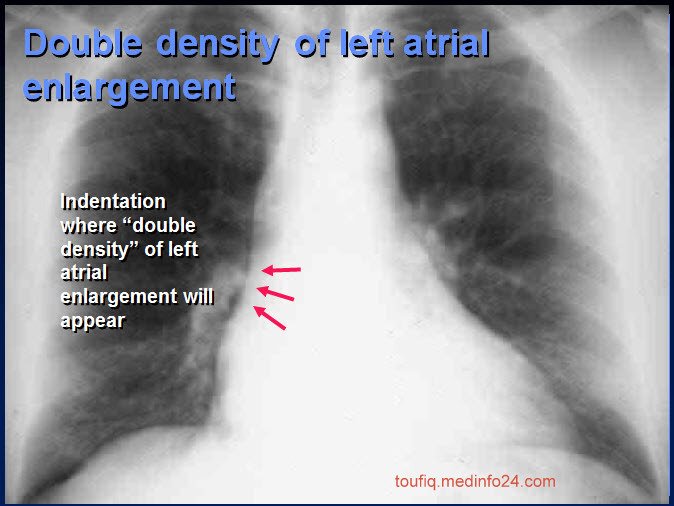 8)      Mottling of reticular shadow due to pulmonary haemosiderosis 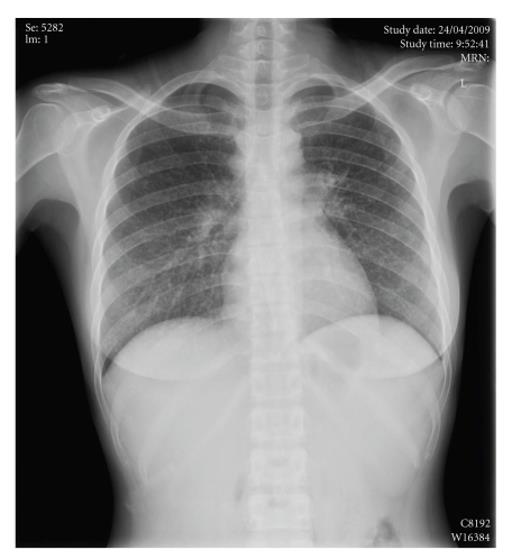 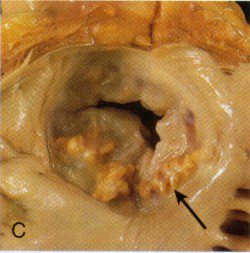 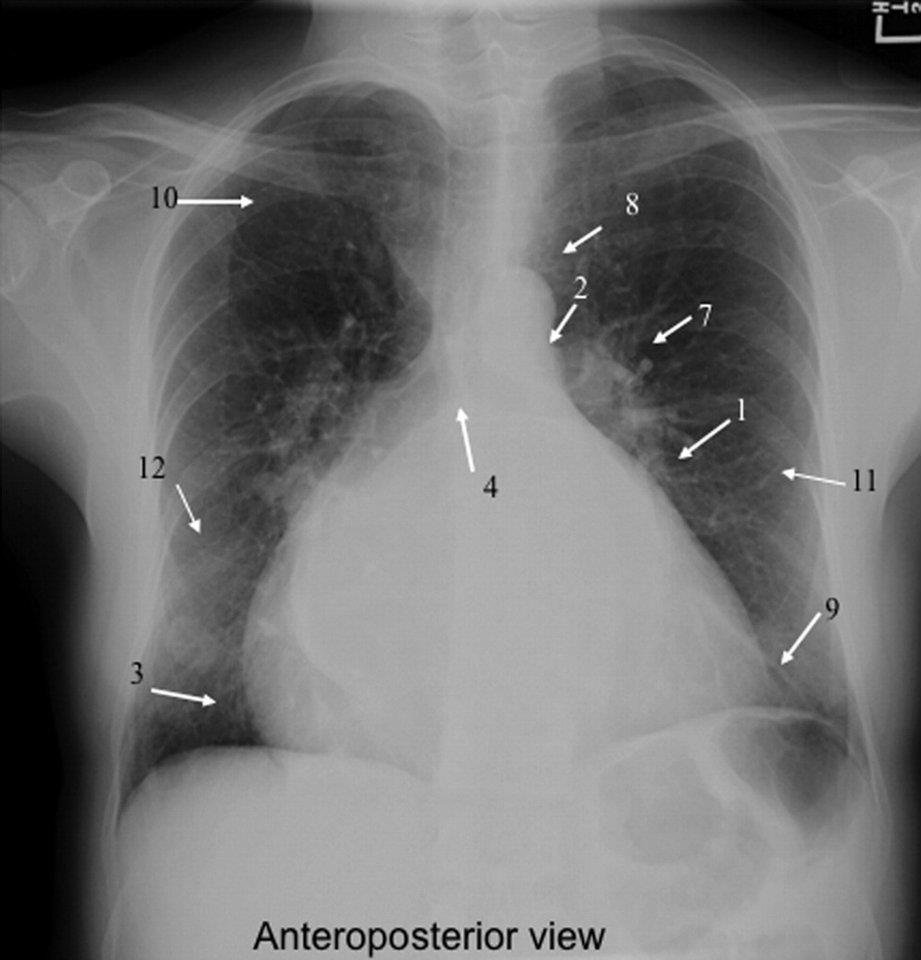 (1) Loss of the aortic window

(3) The right and left atrium can be differentiatedbecause the left atrial shadow is usually less dense and touchesthe diaphragm. Secondary to left atrial cephalad enlargement,there is elevation of the left main stem bronchus, causing wideningof the angle of the carina

(5) As the enlarged left atrium pushesthe heart anteriorly with subsequent dilatation of the rightventricle, there is obliteration of the retrosternal space

(6) Secondary to congestion or changes in cardiac output, thereare several other characteristic signs, including a prominentpulmonary vasculature at the hilum

(9) And causes cardiomegaly, which is a three-chamberphenomenon excluding the left ventricle.

Secondary to changes in pulmonary blood flow, there are severalother findings. These include cephalization of the pulmonaryvasculature

(11) And a reticular pattern

(12) Visualized at the bases secondary to interlobular and septal thickening.