The Release Slip Notice From National University as Below: 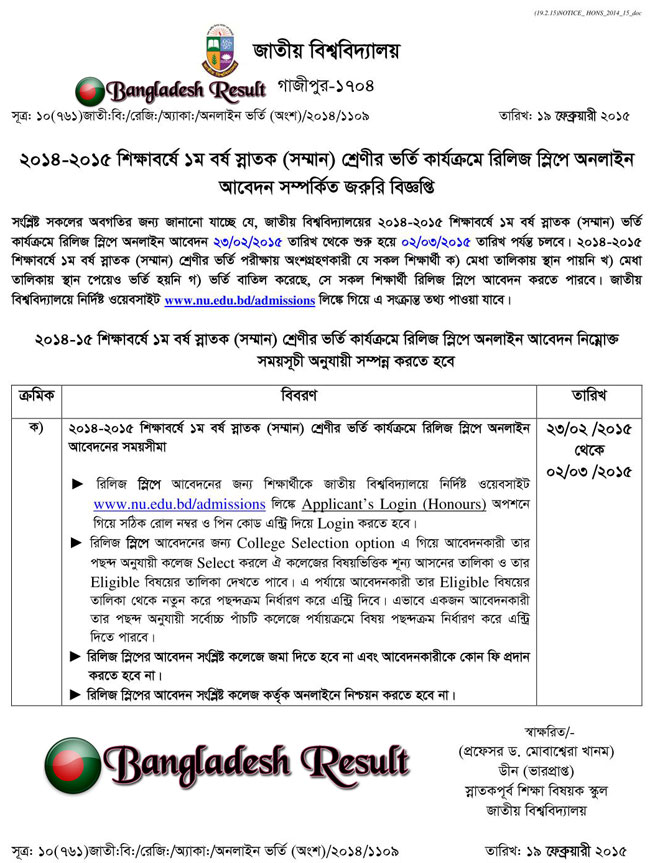 After the result publication from 19 Jan 2015, you have to print the admission form and should be filled. Then you have to submit it with respective college and subject fee. Admission Form Submission will be continued up to 27 Jan 2015.

According to NU the admission time frame is like this

If you don’t want to admit in you get chance in first merit list. you have to collect the release slip from corresponding college to get into migration or better subject or college in second merit list.

2nd merit list of NU (National University) will most probably publish within 1 Feb 2015 to 15 February 2015. Because from 22 February first year honours class will be started according to the curriculum. So Lets hope for the best, Bookmark this site to get regular updates of National University Second Merit List.